Despite of the general principle of free public access, some restrictions to movement apply even in Finland. Diving or swimming is not allowed in harbour areas without a special permission of the harbour authority. Landing on bird nesting islands is not allowed during the breeding season.

Seven state-owned protected marine areas with a total area of 188 square kilometres were established in 2001 by a statute to protect the grey seals and their habitats. This is about 0,37 % of the total area of the finnish sea basin.

Using any official sea-lanes marked on the map is always allowed, even when they go through a protection area. Maps of the protected areas can be found here and more information of protecting the nature from the site of the Metsähallitus.

Under the Act on Territorial Surveillance, Section 17, the following activities are not allowed without permission within a restricted area:

Under the Act on Territorial Surveillance, the territorial supervisory authority has the right to give, if necessary, admonitions, warnings and orders to the person who violates or runs the risk of violating this law or the rules and regulations given based on it. 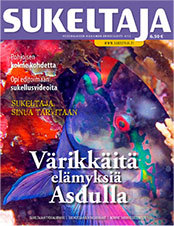